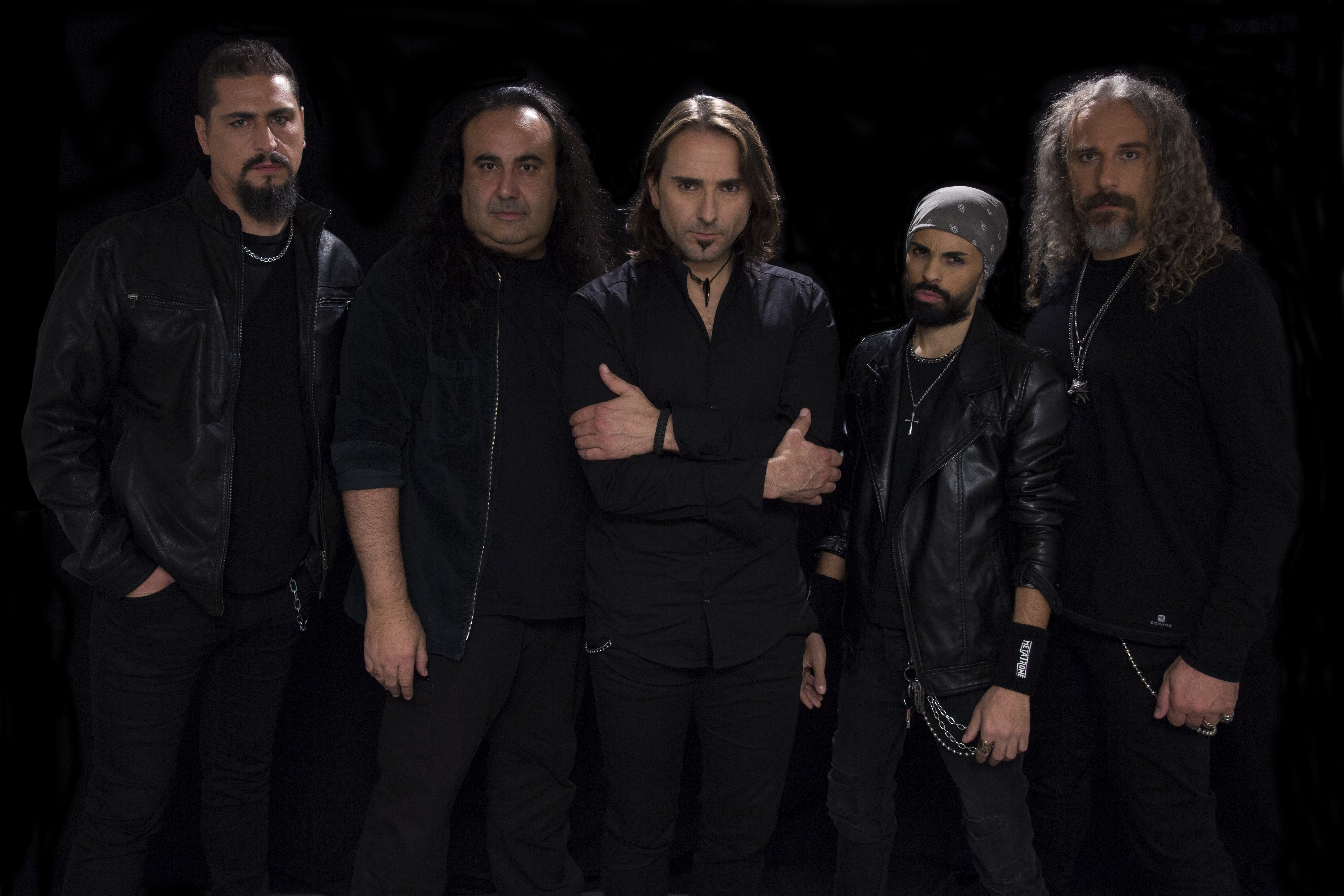 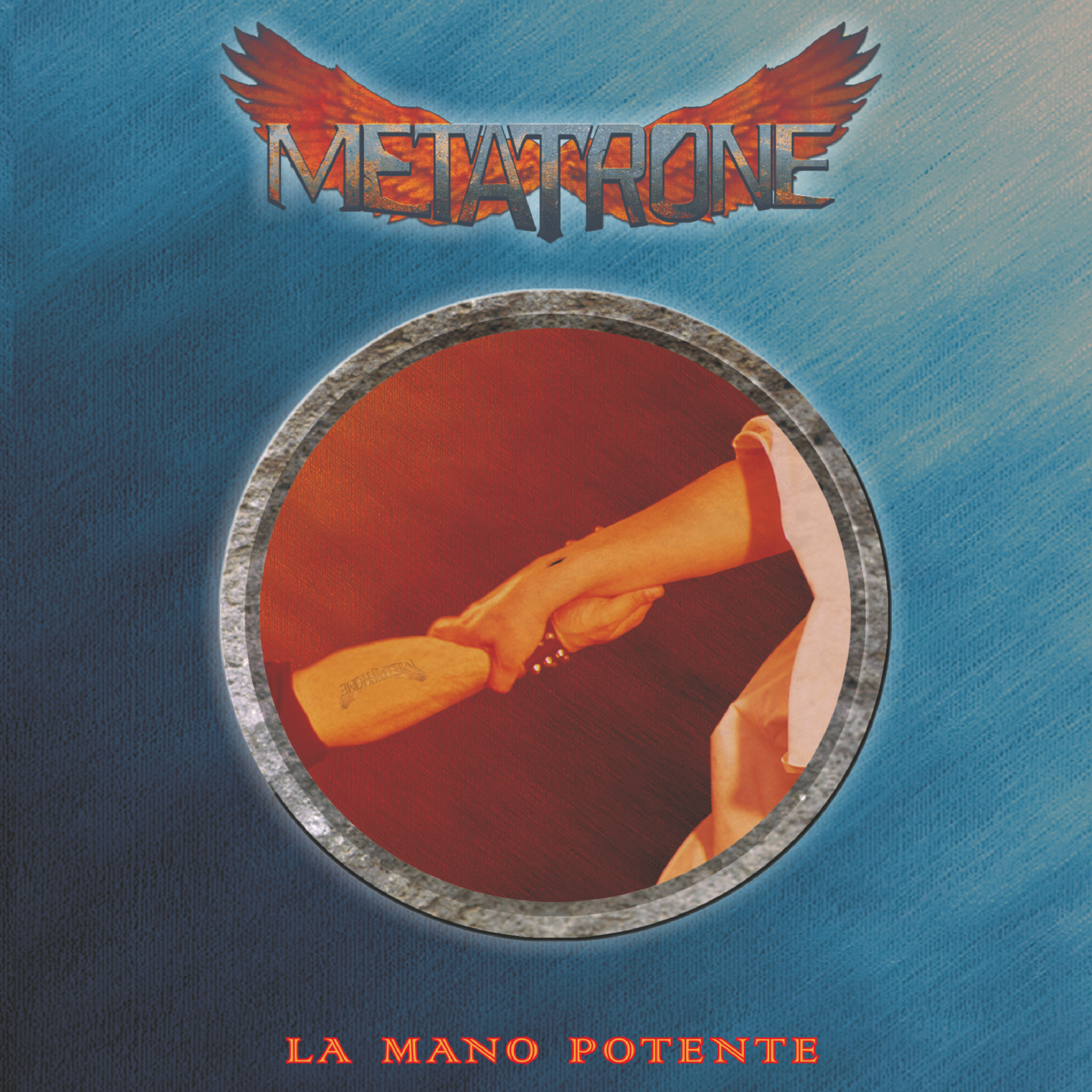 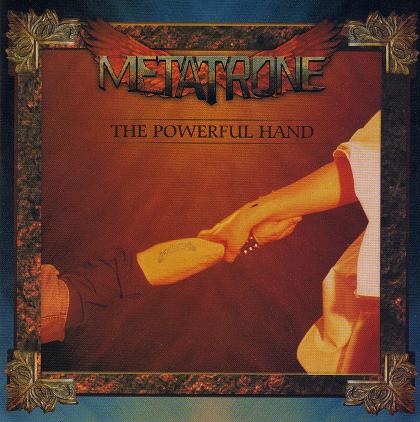 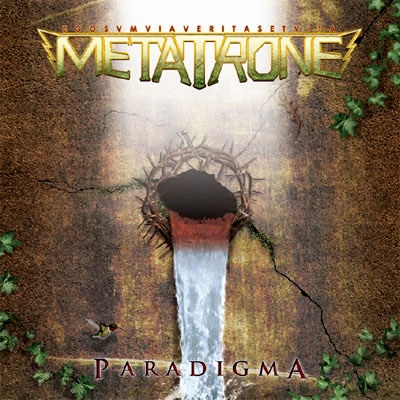 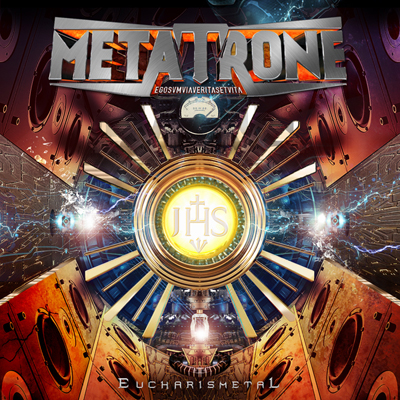 As many things in life changes, it was four years later (2001) that one of the founding members, keyboardist Davide Bruno decided to begin a new spiritual journey bringing him to change completely his life becoming a Priest. After this important decision, another one will be essential: Metafora decided to change their monicker as METATRONE from that moment on. The new band’s name means “God is since now and forever”, consequently the band begins to write power-prog metal songs deeply inspired by a Christian Catholic view of life and human being. It was in 2005 when they produced with the help of TRP music their first album called “La Mano Potente” soon followed by the english version called “The Powerful Hand” distributed by Scarlet Records in Europe and King Records in Asia.

After its release, the band begins to play often live in Italy and around the world as well, playing at festivals like Elements of Rock twice, Tumbalong Park and World Youth Day in Australia just to name a few.

As many time happens, they toured a lot but immediately after they began to write new songs which bring them to a new and highest musical and lyrical level, songs were more influenced by prog but powerful at the same time. Most of that songs will be released on their third studio album, “Paradigma”. The new stunning 13 tracks album was produced by the band and TRP Music, officially released on 25 december 2010: the album features songs sang in english, italian, latin and spanish with some interesting growling vocal choruses performed by priest Davide himself getting very good reviews on the most popular metal magazines like Metal Hammer Italy, Metal Maniac and many other on-line magazines.

On May 2012 the band released their first videoclip, “In Spe Resurrectionis” from “Paradigma” (winning also the David Award as best italian song at V Premios David) while on june 2013 the band released a single track called “Heavenly Field” written against the Zionist policy supporting Gaza population at the time featuring italian hip hop band One Crew as special guest on vocals.

The band now is working at the new album release with a different line up: Tony Zappa and Virgilio Ragazzi has been now replaced by Dino Fiorenza on bass (Billy Sheehan, Steve Vai, Paul Gilbert, John Macaluso) and Salvo “T-Metal” Grasso on drums (Hypersonic, DenieD).

In 2015 Metatrone entered in the studio to record their third full-length album “Eucharismetal”. In November “Latest News From Light” has been released as video, first anticipation from the new album, to be released MARCH 11TH, 2016 by ROCKSHOTS. Along the new album will be re-released new versions of “The Powerful Hand” (remastered) and “Paradigma” with bonus tracks

Eucharismetal brought the band’s music on a wider audience with Christian Metal’s festivals appearance in Europe and live gigs in Italy, with a triumphant concert in September 2016 at The Teatro Romano in Verona. In Febraury 2017 the band released the second single/video from EUCHARISMETAL “Molokai” (https://youtu.be/YHD6w4ewPM0), but it’s right along the past years the something was changing again. It was after a very long internal discernment, just like it started it all, that Davide made the decision to keep serving the Lord and the Catholic Church in the laical form, giving up to practise as a priest. Anyway the artistic mission with Metatrone is still on the run!